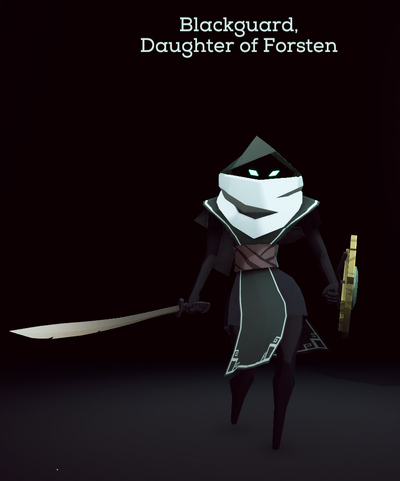 An example of a female Blackguard, hailing from Forsten.

The Blackguard are a class of Adventurers who capitalize on their agility and speed. What they lack in strength or heft, they make up for with a fast, dash-like dodge and the ability to rapidly attack enemies when wielding lighter weaponry such as shortswords or rapiers. When wielding heavier weapons such as greatswords or hammers, Blackguards have a much slower swing and moveset compared to that of the Brute. Blackguard were the first playable class upon the game's release.