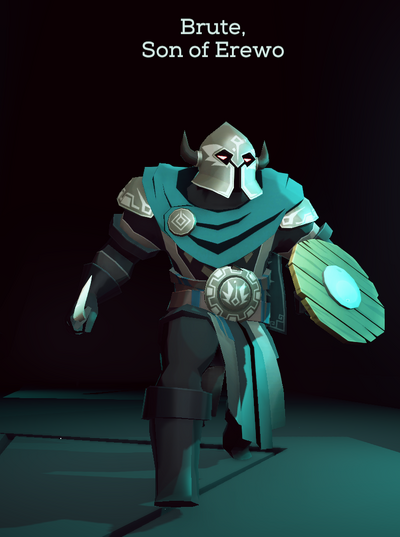 An example of a male Brute, hailing from Erewo.

The Brutes are a class of Adventurers who thrive in head-on combat scenarios. Boasting an impressive amount of starting poise, Brutes are difficult to stagger, and by default their attacks are bolstered with a significant amount of heft. When compared to the Blackguard, Brutes enjoy a larger starting base HP, but are significantly slower with a dodge that could be described as more of a slow roll along the ground. While they may not be able to dodge as well as other classes, Brutes have faster swings with larger weapons such as greatswords or hammers. However, with smaller and lighter weapons, the Brute is unable to match the same speed a Blackguard could with the same weapons, making lighter weapons largely ineffective. The Brute was the second playable class upon the game's release, added onto the base game with the free "Brutal Edition" update for PCs.