Welcome to the Necropolis Wiki
The comprehensive Necropolis wiki reference
written and maintained by the players.
We are currently maintaining 1,426 pages (328 articles).
Please feel free to contribute by creating new articles or expanding existing ones. 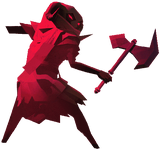 The Diabolical Dungeon Delve of Necropolis

Welcome to Necropolis - a game of brutal combat and survival, set in a magical deathtrap full of actual Traps that shifts and reconstructs itself around you. Will you find the exit, or die trying? *SPOILERS: You'll probably die trying.

The archmage Abraxis took his secrets to the grave. There, in the depths of a huge complex constructed by magic, lies the greatest collection of magical items and treasure that the world has ever known. After all his conquests and victories, Abraxis retreated to his Necropolis to work his magic, in darkness far removed from the rest of civilization.

The mazes and corridors of the Necropolis shift and change at the whim of the Brazen Head, a magical intelligence created by the archmage. Part butler, part taskmaster and part tormentor, the Brazen Head mocks, goads and pushes adventurers deeper and deeper into Abraxis' domain.

Thousands have entered the Necropolis. Legend says, somewhere inside, undead and immortal, Abraxis presides on an onyx throne. In ten centuries, only one adventurer has escaped, and I’m afraid he emerged quite mad. But you... I’m sure you’ll make it out just fine. You seem like the adventurous type.